Nonlinear and inelastic analysis of structures has become increasingly important in the study of structural response. 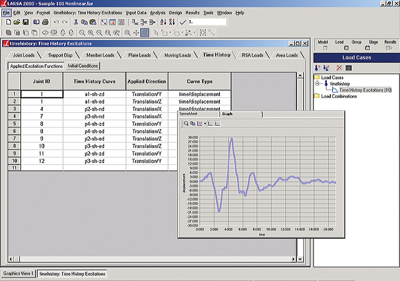 In LARSA 4D, nonlinear time history is carried out by using a combination of the Newmark-Beta time integration algorithm and the full Newton-Raphson method using iterations within each integration time-step. Excitations can be in the form of force, multi-support displacement, or uniform base acceleration.

Result graphing tools for plotting displacement, relative displacement, force and other time history results are easy to use with multiple output options. 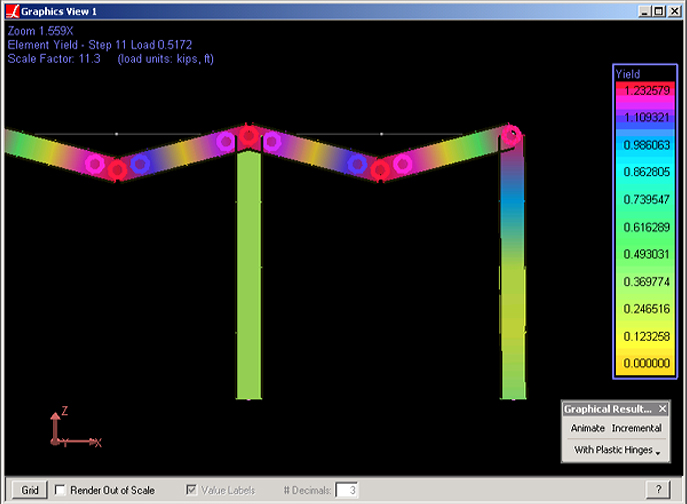 Plastic pushover performs a nonlinear inelastic analysis on a load case, continuously increasing the loading on the structure until a stopping criterion is met, such as maximum loading displacement at a particular joint in a particular direction. Plastic pushover analysis is a simplified form of progressive collapse. 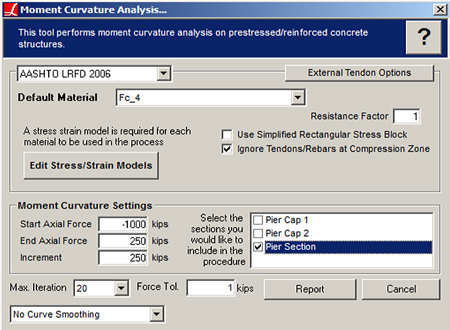 Moment-curvature analysis is used to determine axial force nonlinear moment-curvature behavior of a cross-section which is then assigned to a hysteretic beam element in the LARSA 4D bridge model.

Once defined, a "family" of moment-curvature curves is created to define element behavior over a user-specified range of axial force values.